The Case of the Missing Groceries 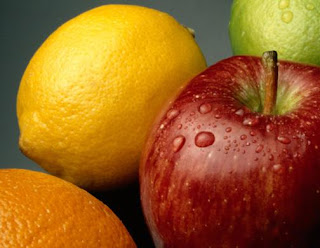 I'm sure it comes as no surprise to you to find that food quickly disappears in our house. With five growing boys, they're almost always eating. Their standard greeting when I walk into a room is, "What's to eat?" They've been known to break into the groceries on the way home from the grocery store.
But that's not the only time groceries disappear. See, I usually buy groceries for a week at a time. I have a menu planned out of what I'm fixing that week. In spite of that, more than once I've gone to the pantry or the fridge only to find I'm missing one of the key ingredients I need. There's no longer grated cheddar cheese in the fridge, or the tortillas I bought for tacos have disappeared. I know the food was there. I remember buying it. I remember bringing it home and putting it away. I'm pretty sure I know what happened to it, but no one seems to "remember" where it went.
Occasionally I will buy something and not be able to find it the next day. It's especially odd if it's something that the boys won't actually eat. Like dish soap. I'll look high and low for it, but it's simply not there. After questioning all the boys and looking in odd places--like under the bathroom sinks--I'll finally find it. No, not under the sink. In the van. Sometimes there's a bag or two that gets missed when everyone is helping to bring groceries into the house. That's not too bad unless it turns out to be something perishable (which has happened once or twice.) If it's not in the van, then it is in some weird spot. Or it ends up sitting in a bag on my bedroom floor. Apparently when we're putting things away, if it doesn't go in the kitchen it goes in my room. Never mind if it's something I don't use, it ends up on my floor.
The worse case of missing groceries I ever had was when the fruit disappeared. This happened within just the last month, and it's still a mystery. I bought three containers of beautiful fruit at Sam's Club. Now, if you know anything at all about price clubs, you know that their packages are huge. You can't just misplace them. I bought a container of red grapes, a container of blueberries and a container of strawberries. Also at Sam's, when you check out they pull the stuff off the counter and put it in the basket for you. It's a little hard to misplace something or leave it behind. Everything else I bought that day made it home without a problem. Even the huge bag of oranges made it home. But no one has seen the grapes or the berries since then. I know they're not in my fridge in the kitchen. I' even cleaned it out to make sure. No fruit. We have a second refrigerator in the garage. There's no fruit there either. It didn't end up in the freezer by accident. The fruit has simply disappeared.
I know the boys didn't eat it. No one could have eaten that much fruit and not paid a major price. It simply disappeared. And I'm pretty sure it wasn't left in the van. I think we would have smelled it by now. The fruit just disappeared.
Now when I'm trying to eat healthy, why does the fruit disappear? Why can't the ice cream disappear instead?
Posted by Jill at 12:00 AM