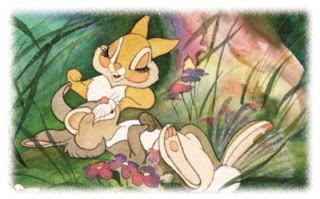 I just don't get it. I've been doing it for a couple of weeks now, but I still don't get it. Remember in the movie Bambi how Thumper got all twitterpated when a girl bunny looked at him? Dictionary.com defines twitterpated as confused by affection or infatuation. Well that's me. I am confused by people's affection and/or infatuation with Twitter.
I've been told that, in preparation for someday having my writing published, I need to start building a platform. Social networking is essential in these times to getting your name out there. After doing some research I found that the top ways of networking seem to be blogging (you're reading it), website, (working on it), facebook and twitter. I haven't gotten on facebook yet. I keep putting that off because I'm not sure I want people from high school to be able to find me again. There's a reason we never kept in touch.
As for twitter, I put it off for a long time. I didn't get why anyone would want to read "tweets" from others. Each tweet can only be 140 characters. What can you say in that amount of time? I also worried that I wouldn't have enough stuff to even fill 140 characters. After all, how many times would people want to read that I was sitting at my desk? Standing at the copier? Cooking dinner? I'm getting bored even reading about it here! But many different sources say it's great for social networking, so I took the plunge.
I didn't realize I'd have to learn a new language. "Twitterverse" is the twitter universe. I now have "tweeple" and I send "tweets". If I send something I shouldn't, it's a "mistweet". And then I might feel "tweepish" about it. You can have a lot of "twaffic" and if you want to make fun of someone on twitter you "twaunt" them. I personally don't follow the "twitterati" (Glamourous A-listers that everyone wants to follow).
I do follow some of my favorite authors, and it's occasionally fun to get a glimpse into their life. At the same time I feel somewhat akin to a stalker. Then again, sometimes these people don't live any more interesting lives than I do. I really don't care that they just cleared the inbox in their email account. And I'm not really moved by what they had for supper. Part of my problem might be that, as boring as some of this information is, mine is more boring. After all, some of these people tweet about going out for sushi. I don't like sushi. I don't want to eat sushi. But still, it sounds more exciting than, say, "Fixed hamburger helper again tonight." Someone tweeted about eating fish tacos. Ummm--gross! The two just don't go together in my mind. 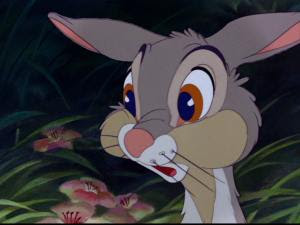 Then again, I wonder about some of these people. One person tweeted that they had been playing in their sandbox with their child for over an hour. Seriously? You keep your phone or itouch in your pocket while you're in the sandbox? How's that working out for you? And is your kid tweeting to their friends about playing in the sandbox too? Other people tweet that they're just leaving on this errand or that trip. You're walking out the door and you're tweeting about it? Maybe it's just me, but when I'm heading out the door I'm usually late, herding kids along with me, and I have my hands full. I would have to stop and tweet before heading out the door. Or stop after we get into the vehicle so I could tweet then. I read tweets about people heading to Starbucks or settling down to write. I can counter with a tweet about how I just ran through the McDonald's drive through and got one of their $1 Diet Cokes. Honestly, this is more info than even my mother would want to know about me.
I think what bothers me most, though, is that, as silly as these tweets are, these people's lives are still more interesting than mine. It's being pointed out to me numerous times on a daily basis that I have no life. That's a big ego booster.
But still I keep plugging away at it. After all, important people swear by it. For instance, Michael Hyatt, the CEO of the publishing company Thomas Nelson, is a well-known proponent of twitter. He swears by its success as a social networking tool and he tweets all the time. You could almost say he's a twitterholic. So I'm following him on twitter, and I'm learning a lot about him.
For one thing, he likes fish tacos.
Posted by Jill at 12:00 AM