Getting Your Prayers Answered Part 2 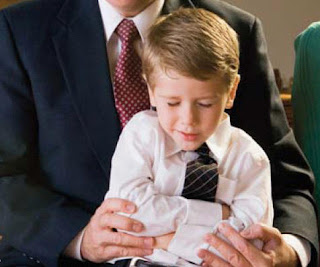 I started sharing this message that I heard on prayer last week. For that post, click here.
In addition to having a heart for God, we also need to wait on the Lord. Psalm 40:1-5 says, I waited patiently for the LORD; and he inclined unto me, and heard my cry. He brought me up also out of an horrible pit, out of the miry clay, and set my feet upon a rock, and established my goings. And he hath put a new song in my mouth, even praise unto our God: many shall see it, and fear, and shall trust in the LORD. Blessed is that man that maketh the LORD his trust, and respecteth not the proud, nor such as turn aside to lies. Many, O LORD my God, are thy wonderful works which thou hast done, and thy thoughts which are to us-ward: they cannot be reckoned up in order unto thee: if I would declare and speak of them, they are more than can be numbered.
Sometimes we're not too patient when it comes to getting our prayers answered. We feel like this is something we need, and we need it right now. So why doesn't God give it to us right now? For one thing, God is thorough. We might get a partial answer today, but if we're willing to wait for God's timetable, He can give us something infinitely better. I remember many years ago we had a truck that we were trying to sell. We could not afford the payments and so I prayed that God would allow the truck to be sold before the next payment date. The payment date came and went, and the truck still sat in our driveway. I prayed harder. I reminded God of His promises. I asked why He would not want us to get out from under this financial burden. All the way through the ten day grace period after the due date, I prayed. But I had a little trouble believing God would come through. I came home on the tenth day to find the truck gone. Had it sold? My husband told me someone was test driving it, but they didn't seem real interested in it. I went inside and prayed again, begging God to help us. Come to find out, the potential buyer made a living as a piano tuner. My piano was horribly out of tune, but as it wasn't an absolute necessity, we didn't want to spend the money on it. The piano tuner bought the truck and my husband got him to throw in a free tuning as part of the price.
Had I gotten the answer when I wanted, we would have sold the truck, but God wanted to throw an extra blessing our way. I'm glad He didn't answer my prayer when I first prayed. Psalm 37:7 tells us to keep waiting on the Lord. Rest in the LORD, and wait patiently for him: fret not thyself because of him who prospereth in his way, because of the man who bringeth wicked devices to pass. Rest in Him and don't worry. He's got it covered.
We also need to remember that "wait" and "no", while not what we want to hear, are also answers to prayer. One time when our son, Matthew, was about fifteen, some of his friends were going to have an all night x-box party. Everyone would bring their game systems and they would link them all together and play all night. I'm not much for all night stuff anyway, but this party especially did not set well with me. I wasn't sure how much supervision there would be. I didn't trust everyone that would be at the party. And as cool as the gaming sounded, I knew from experience that it would probably not keep the boys entertained all night. Which meant they would be looking for other forms of amusement. So Terry and I said no. Actually, what we said was that he could go until eleven that night, and then we would pick him up. The party was scheduled on a Wednesday night after prayer meeting, so he would have had about two hours or so to play. Even that didn't work out and Matt ended up staying home.
Within the next few days we found out that some of the boys had been outside playing around during the wee hours of the morning. This turned out to be a problem when complaints arose that several vehicles in the neighborhood had been vandalized during the night. All the boys were questioned and there was a big stink about the whole thing. I don't know that any of the boys were involved, but their testimony was damaged. So was the testimony of that family in their neighborhood. Matthew came to me later and thanked me for not letting him go to the party. Now there was no question as to whether or not he was involved, and his own reputation was fully intact. Sometimes, even when we don't realize it at the time, a "no" answer is what's best for us.
Until we get that answer, whether no or yes, we need to keep asking because He does promise to answer. Matthew 7:7-8 says Ask, and it shall be given you; seek, and ye shall find; knock, and it shall be opened unto you: For every one that asketh receiveth; and he that seeketh findeth; and to him that knocketh it shall be opened. What a promise!
Next Thursday we'll finish this discussion on how to get your prayers answered.
Posted by Jill at 8:47 AM

Email ThisBlogThis!Share to TwitterShare to FacebookShare to Pinterest
Labels: prayer