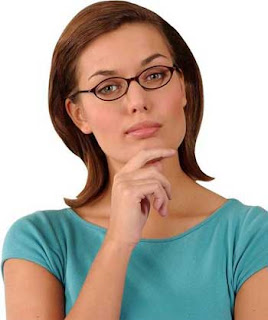 In the interest of getting to know me better (after all, you're here on my blog, aren't you?) I thought I would share a few things that regularly run through my mind. Don't worry. I'll go easy on you. No one wants to know everything that runs through my mind. Not even me.

Whenever I see a vehicle that's riding low in the back, I wonder of there's a dead body in the trunk.

When a cop pulls up behind me in traffic, I assume that he's running a check on my plates. (I have it on good authority that cops actually do this to all nearby vehicles when sitting at a traffic light.)

A lot of times I drive Matt's car. And I wonder what the cop thinks when a woman is driving a vehicle registered to a guy.

When I'm in a public place, I scan people to see if I can spot someone who's undercover.

I haven't found anyone yet who is.

If I see someone driving slowly or erratically, I check them out as I pass. Nine times out of ten they are on a cell phone.

I'm certain that I don't drive like that when I'm on a cell phone.

Sometimes I'll walk into an aisle in a grocery store, and there is an almost visible cloud of perfume left by the previous occupant. I hate that.

I've heard that Coke has enough acid that it will eat through a bloodstain on concrete. Next time I have enough blood on some concrete, I'm going to test that theory. Provided I'm not unconscious from loss of blood.

I'm on twitter because I'm told it's a good marketing tool. I don't get it, but I'm on it.

Every once in a while I wonder what life would be like if we had to do without technology and modern conveniences. And then I pray that will never happen.

I think being in outer space would be incredibly frightening. No one's ever asked me to go--I'm just saying.

I look at my kids and wonder where the time went--because they really were babies just yesterday.

I don't think I'm aging as quickly as my children are. Hey, I write fiction. Let me live with the lie.

And there you have it--a peek into my brain. Hope I didn't scare you!

Tomorrow's post: Tightening the apron strings.
Posted by Jill at 2:00 AM

Email ThisBlogThis!Share to TwitterShare to FacebookShare to Pinterest
Labels: observations